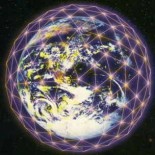 What’s so funny? Well, practically everything.

Because I am not a professional comedian, I cannot tell you with any certainty when or how it was that I got my first laugh. By “got” I mean consciously saying something that would hopefully produce laughter from those around you. If I was a professional comedian, I would have within my repertoire something like…”I remember the first time I got a real laugh from…” I only remember that at some point friends told me I reminded them of Jerry Lewis. Also, for a junior high Halloween school dance (maybe 8th grade), dressed as Soupy Sales. Also, I once was rescued from a fistfight when one hoodlum told the guy that was going to pound me “Leave him alone. He’s that funny guy.”  Two of my closest buddies growing up were smart alecks; likewise most of my closest colleges pals. In the decades that followed, I usually found myself draw to people that were not just funny but who actually had an edge to their humor. In high school I was co-class clown with a guy who could rapidly belch the alphabet. I would like to think I got my part of the title for being witty in an erudite kind of way that charmed both my classmates and adult teachers. It was either that or my chimpanzee imitations. 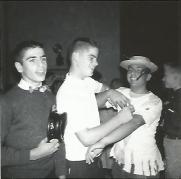 Me, left, as Soupy in 9th grade

Into adulthood, though, most of my humor has been that of a smart aleck or smartass. Sarcasm…not too personal but sharp enough. I don’t know how it ended up that way, but there it was. My buddies and I got good at it. Sometimes it was self-effacing. But frequently, it was aimed at each other or “outsiders.”

I have moved around a lot and had many jobs. Therefore, I have always had to go slow when meeting new people. A few folks who ended up being close friends eventually told me that they were no sure how to take my brand of humor at first but once they got to know me, they saw that it was harmless.

At 66 years old, it is hard to explain to younger people that Groucho Marx, W.C. Fields and even Bob Hope and Bing Crosby along with Henny Youngman and George Burns were irreverent wise guys for their time which peaked (in the 1930s, 40s and into the 50s) before my friends and me were in our teens. But in the post-World War II world, everyone was trying to make nice and be polite.

So our comedians were gently satirical. Stan Freberg, who died April 7, 2015 at age 88, was a comedian who was on TV a lot doing stand-up and sketches but his voice also was heard in numerous radio, TV ads. He had a distinct type of humor and style of delivery. He, along with Allan Sherman (who died in 1973, shortly before his 49th birthday) and Soupy Sales (who died in 2009 at 83) were the comic voices of my childhood and early teens along with Lucille and Milton Berle.

I never really thought of myself as prudish but I am afraid I find much of today’s humor unnecessarily crass. Just as I find myself maybe enjoying some guy or gal comic, they go and get all grossly anatomical or present the bizarre as the norm or offer up bad manners as cleverness.

Things change. I should accept that.

But all things considered, humor is my elixir of choice. So here’s to some of the old school dudes that made me laugh. Thanks, guys.

The Effects of Media

Lori Greer in Portland
Barataria - The work of Erik Hare

The Moodys and the Ballad Book of John Jacob Niles